skip to main | skip to sidebar

16/09/05
Here's a second stamp paper that Bashir gives to Uncle. It's sterner and more to the point. 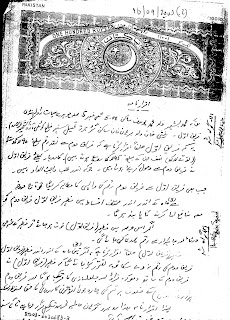 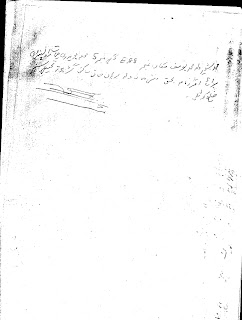 Meanwhile, Bashir's family has been released after part payment to his kidnappers. Bashir is detained (on some legal pretext) to fulfill his remaining obligations. At this point, many people stress on Uncle to 'slap' a case on Bashir in order to reclaim money owed by Bashir to him. However, Uncle desists from doing so and is hopeful that Bashir will repay taking their past relationship into account.


Supposedly a guest of 2 AK Brigade as can be sensed from how well he's keeping. A source told me his contact with Choudary Shujaat and his friends in the military sorted this out for him.

12/11/05
Yet another stamp paper signed by Bashir promising to repay Uncle. 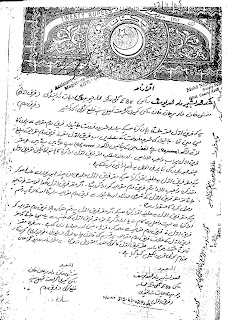 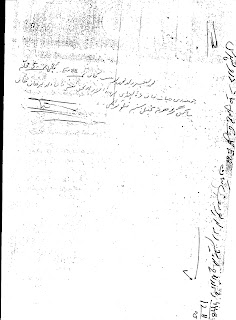 Posted by Tanveer Ahmed at 11:52 AM No comments:

One of Bashir local Kashmiri victims can no longer tolerate the Rahwali Sugar Mill fiasco, namely Master Adil. Having invested about 20 lakhs and with Bashir failing to cough up despite numerous promises, his son kidnaps Bashir's children.
11/03/04
Razzaq's stamp paper with Bashir. 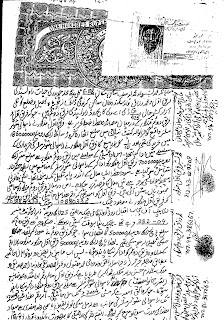 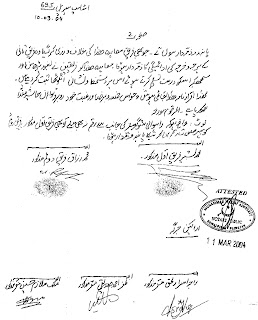 With the penny finally dropping on Uncle and having resisted sincere advice over the years to refrain from associating with Bashir, he obtains his first written commitment from Bashir to repay the 90 lakhs that is owed to him.


- Note the crafty manner by which he refrains from specifying a time-frame. Leaving it to his off-spring to pick up the trash. Yet another example of taking advantage of Uncle's naivety. 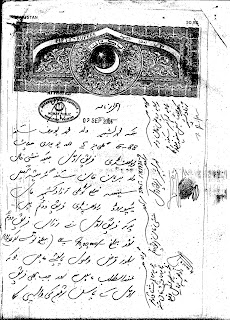 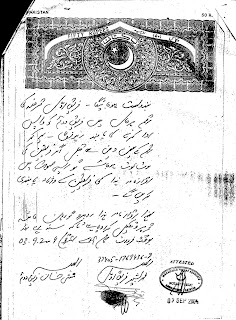 Posted by Tanveer Ahmed at 11:33 AM No comments:

Mr. Razzaq was bitten by the Rahwali Sugar Mill bug. Formerly, a London taxi-driver who had saved his pounds bit by bit over the years, in a moment of madness parted with 75 lakh rupees in one go, to become an imaginery, though unwitting shareholder of the historic mill. He now lives on the verge of insanity, failing to cope with his blunder and repeatedly suggesting that my Uncle should fork out his loss, courtesy of him recommending Bashir.
29/10/03 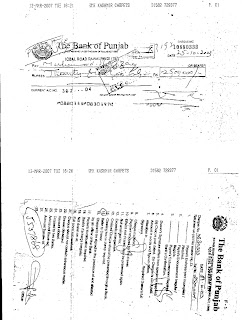 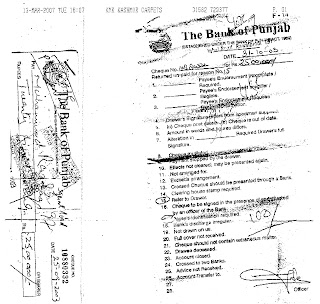 Posted by Tanveer Ahmed at 11:20 AM No comments:

Bashir pulls off the 'Rahwali Sugar Mill Scam' enticing a couple of uncle's friends to invest (as partners) over 1 crore rupees by creating a fake scene of buying the above, allegedly in collusion with government officials.
- He apparently acted as Bashir & Co. in tendering for this property.
Here's a link:
NAB/ Punjab Co-operative Bank and Rahwali Sugar Mill:
http://www.nab.gov.pk/case_data/hearing.asp?cid=1437942586&offset=-1
- Case conducted by NAB in ref. to Rahwali Sugar Mills...It is possible that at least one of the following was hand in fist with Bashir:
- Nomi Butt & Bro are apparently the current legal owners of Rahwali Sugar Mill)

- Here are some excerpts from some background reading that I done on the Mill:
" Nawaz Sharif's privatization.
As Chief Minister Punjab, Nawaz Sharif presided over the liquidation/ privatization of several units of Punjab Industrial and Development Board (PIDC) like Pasrur Sugar Mills, Samundri Sugar, Rahwali Sugar, Paras Textile, Harapa Textile and Ghazi Textile. How and on what prices these units were sold is still a secret but according to Company Review in the daily DAWN in May 1991, Pasrur Sugar Mills was sold to United Sugar Mills of United group for a " token price of Rs one only".
Samundri Sugar Mills was sold to Monoos and Rahwali Sugar to a Muslim League politician Sheikh Mansoor, following single line advertisement in newspapers under the caption, " Bids invited for Rahwali Sugar Mills". The recklessness and favoritism shown in privatization of the PIDB units by Chief Minister Nawaz Sharif was to become the hallmark of his privatization as Prime Minister.
In these times of globalisation, all the world becomes Plaza Land. A letter-writer in The News informs us that Pakistan’s oldest sugar mill, Rahwali Sugar Mills in Gujranwala, has been closed down, and its land is to be developed into a plaza site. He pleads to the authorities, "to save this important part of sugar history in Pakistan", and to convert it into a National Sugar Museum or a Sugar Technology Training Centre. Thanks for the idea. I can think of a National Jute Museum and a Jute Technology Training Centre in Bangladesh. A National Carpets and Pashmina Museum and a Carpets and Pashmina Technology Training Centre in Nepal, a National Calico Museum and Calico Technology Training Centre in Bombay. The possibilities are endless. But I get carried away…
On June 6,(2005) Dr Asghar Ali, former chief executive of Rahwali Sugar Mills, was sentenced to four years in prison and was fined Rs 46.49 million. The court disqualified Ali from holding public office and obtaining loans for 10 years."
Posted by Tanveer Ahmed at 11:10 AM No comments: 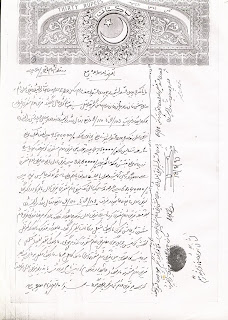 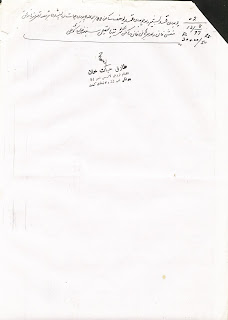 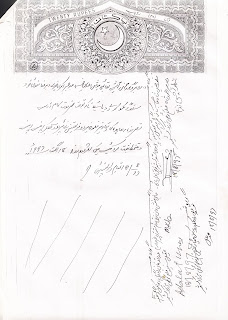 Posted by Tanveer Ahmed at 11:07 AM No comments:

- In the interim, Uncle recommends other friends in the UK (of Kashmiri origin) to unreservedly invest with him. Uncle offers his personal assurance of nothing untoward. Tell-tale signs such as Bashir delaying in giving the necessary paperwork for property purchased by Uncle's friends, eating rent in the process etc. didn't register on the caution radar.
Posted by Tanveer Ahmed at 10:57 AM No comments:

15/09/92 -
Some evidence of business between Choudary Bashir and Uncle. 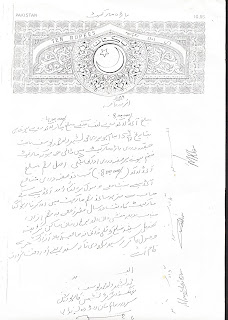 When the value of properties Uncle had purchased in 1989 had appreciated, he decided to sell.


(Bashir's 'magic spell' was well in motion by now)


- Bashir's brother dies. He explains to my uncle that since his deceased brother's children had their money invested in a trust fund that would mature on adulthood, he was in a fix. All his money was invested in property and thus he had a cashflow crisis. My uncle duly lent him 50 lakh rupees (without any written proof).

Posted by Tanveer Ahmed at 10:55 AM No comments:

Who has looted and plundered the uninitiated and unwary: Aided and abetted by one of the leading political mafia/property syndicates in the country; that have reduced Pakistan to a literal fiefdom